Below you will find information about our traditional orchards, the ecological and economic benefits of scattered fruit as well as the challenges of preserving these orchards. The Regional Authority FrankfurtRheinMain plays a central role in protecting traditional orchards.

Scattered fruit is part of Hesse's regional identity. But what exactly is scattered fruit? It is different types of fruit, such as apples, pears, cherries, plums or walnuts, which grow on large fruit trees with a high crown. The trees stand in wide, often scattered planting distances in the landscape. This allows multiple uses: fruit growing and utilization of the area beneath as a field, pasture or meadow.

Fruit cultivation came to us by the Romans 2.000 years ago. What began with small orchards of privileged Roman people, soon developed into self-sufficient gardens among the population. Over the course of centuries, fruit growing expanded from the settlements into the open landscape. This expansion continued with increasing economic importance. Orchard fruit growing experienced its heyday during the 19th and 20th century. During this period, the special role of cider as a Hessian cultural heritage also developed.

Traditional orchards are among the most species-rich habitats in Central Europe. They are cultivated sustainably, extensively and without pesticides and fertilizers. This favours a large number of rare animal and plant species. The loose arrangement of the fruit trees of different fruit species and regional varieties as well as different tree sizes and ages ensure structural and species diversity. Traditional orchards are therefore of great ecological value.

More than 5.000 animal and plant species can be found in a traditional orchard. In addition, about 3.000 known cultivated fruit varieties grow here. Traditional orchards provide a habitat for many different animals such as the little owl, green woodpecker, edible dormouse, hedgehog, brimstone butterfly or carder bee.

The wide distance between individual trees also provides rare plants such as meadow sage, meadow cranesbill, meadow clover or daisy and smooth oats with enough air and light to thrive. This vegetation counteracts soil erosion, especially on slopes. Soil and nutrients are not washed out and thus do not pollute the water.

Traditional orchards also have a positive influence on the local microclimate. They provide rain and wind protection, shade, filter CO2 and reduce the temperature differences between day and night.

Traditional orchards supply fruit for the food industry and personal consumption. They offer an incredible variety of apples, pears, cherries, quinces, plums and nuts. The great variety forms an important gene pool with many different hereditary factors, which will be important for more resistant fruit growing in future breeding. In addition to fruit, products of bees as well as farm and grazing animals, i. e. honey, wool, milk or cheese are important as well. Traditional orchards also have a recreational factor, especially during flowering and harvesting, and enrich the landscape.

Challenges in maintaining our traditional orchards

Once traditional orchards shaped the landscape, today they are highly endangered. In the middle of the 20th century, cultivation of high-stem fruit trees reached its peak in Germany. Then however due to the economic upswing in Germany, fruit growing for self-sufficiency rapidly lost importance. Extensively managed traditional orchards were cleared throughout the country to replace them with fruit plantations with poorer structures and fewer species or building land. The few remaining traditional orchards were neglected and lacked care. There was no replanting. As a result, Hesse lost more than four-fifths of its orchards by the 1980s.

Role of the Regional Authority

The Regional Authority FrankfurtRheinMain supports its 75 member municipalities in the preservation of traditional orchards and has taken on the role of central player. A major concern is to bring together the many active members who protect the traditional orchards and to generate a lively exchange, true to the motto "together we can achieve more".

The "Lohrberg Declaration" sets out first joint steps towards conserving the stocks. It is the result of the first regional traditional orchards day, which the Regional Authority FrankfurtRheinMain organised in August 2018. Around 90 representatives from municipalities, counties, landscape and nature conservation associations as well as other interested parties accepted the invitation to the MainÄppelHaus Lohrberg.

The following goals and steps for a permanent protection of traditional orchards in our region were jointly agreed upon: 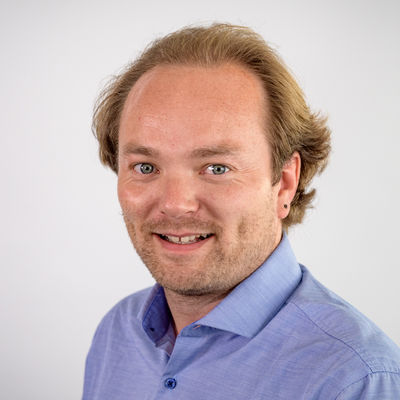